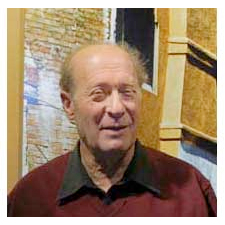 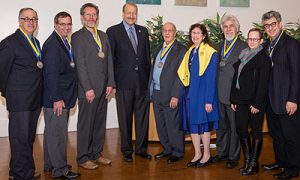 Research Interests
Urban culture and Jewish experience meet in the modern city. As Jewish culture is shaped by the built environment, so has it also shaped the meanings and practices that engender the city realm. I continue to work on their reciprocal encounter, exploring urban culture and Jewish city writing in its many forms. This has led me to studies of Dickens and the city, and the “city scriptures” of the great American and Israeli writers of our time. Most recently I have turned to the study of Venice and its Ghetto, the first state-sponsored space in which the Jews were forcibly sequestered, beginning on March 29, 1516. Before there were ghettos there was Il Ghetto. This enforced Jewish space initiates the modern Jewish situation: the Ghetto has shaped Jewish life and self-understanding in myriad ways. Its multiplication into the many ghettos that subsequently defined Jewish life throughout Italy almost until the end of the nineteenth century speaks to its paradigmatic status. Against the effort to enforce state control of Jewish life — the Ghetto was an island patrolled on land and water by Christian guards who were paid for by a levy on the Jewish community — the Jews devised spaces of possibility, that were commercial, religious, and cultural. To explore the life-world of the Venetian Ghetto is to engage the ways in which Jews turned the situation of exile into a diasporic center that made possible a measure of agency and autonomous experience. This too was paradigmatic: how and to what extent and with what results city life and culture ameliorated the trauma of exile continues to focus my research.

2013 – The course, Holocaust: the destruction of European Jewry, which I teach with Peter Kenez, was first offered on Coursera.  Visit Coursera for further information at https://www.coursera.org/learn/the-holocaust. You can read about the course in this 2013 article from the Santa Cruz Sentinel.

2014 – I taught at CFP Modern Jewish Spaces From the Venice Ghetto to Contemporary Classifications, a summer workshop for young researchers on Jewish culture and identity, held at the Van Leer Institute in Jerusalem. View the English call for papers (PDF) and Hebrew call for papers (PDF).

2016 – Marked the 500th anniversary of the founding of the Venice Ghetto. I attended international gatherings, performances, and other events, which was part of the establishment of an annual seminar. The Venice Center for International Jewish Studies recognizes the Venice Ghetto as a historic crossroads of international Jewish experience and promotes scholarly research, creative endeavor, and adult education. It seems to further the understanding and dissemination of Jewish history and culture, with particular reference to Jewish life in Venice and Italy.